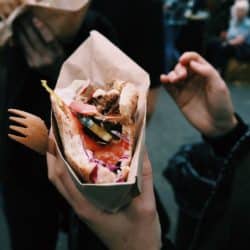 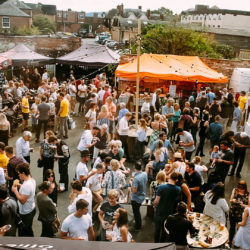 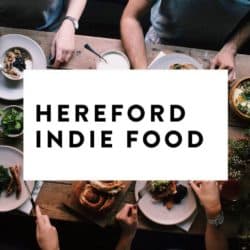 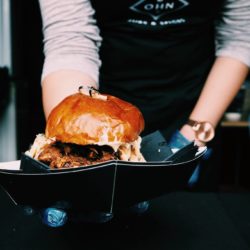 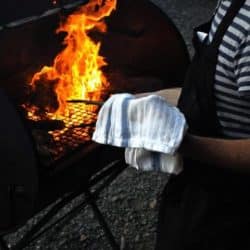 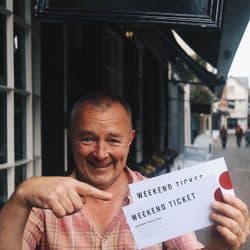 Planned for the 29 and 30 August 2020 (with a daytime opening on Monday 31st), Hereford Indie Food Festival is an urban festival of food + drink culture, music and makers and aims to celebrate independent business operating in Hereford and beyond.

The Indie Food Festival was launched in 2016 by brothers, Dorian and Edwin Kirk (owners of two award-winning restaurants, The Bookshop and The Burger Shop, on Aubrey Street, in the middle of Hereford’s medieval city quarter, which have also featured in The Guardian, the Financial Times, The Observer Food Awards, Olive, Waitrose Good Food Guide 2020 and more ) and immediately became a platform for Herefordshire’s independent food and drink producers. Farming has been central to Herefordshire’s economy for thousands of years and it is known worldwide for its beef and cider.

Herefordshire is famous for its spirit of independence. Its magnificent landscapes, location in the centre of the Welsh Marches, history and cultural heritage make it one of the UK’s fastest growing go-to destinations and this unique event hopes to attract 1000s of visitors in and around one of Britain’s oldest hotels.

The 2020 Festival will be bigger and better than ever, including an expanded daytime line-up of producers and craft makers, night-time bands and stand-up comedy and, for the first time, three days of literary gastronomy in the Ballroom of the Green Dragon Hotel, bringing together chefs and food writers to talk, demonstrate and engage to a paid audience of up to 120 people. The Green Dragon will also provide facilities for tastings and will host supper clubs on the Friday and Saturday of the weekend.

Tickets will be availble at such a time when there is confirmation on the release of movement of the population further to Government guidelines during the Covid-19 pandemic.