You are here Home > Magna Carta Goes to Washington

The 1217 Magna Carta, usually at home in Hereford Cathedral, has travelled to Washington DC in the USA for a unique exhibition. 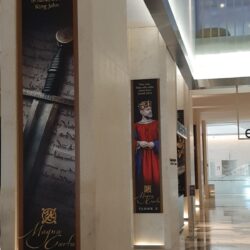 Magna Carta Exhibition in Museum of the Bible in Washington 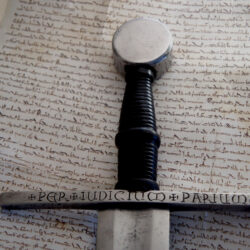 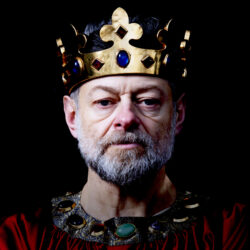 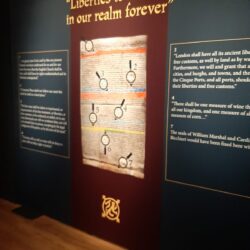 Magna Carta Exhibition at the Museum of the Bible

The 1217 Magna Carta was the first to be called “Magna Carta” and is one of only four in existence. This exhibit also features the only copy of the King’s Writ, sent from Runnymede field in 1215. In addition, the Sandwich Magna Carta, issued in 1300 and viewed by Thomas Paine in 1759, will travel to the US for the first time as a part of the exhibit. The exhibition also features short films with award-winning actor Andy Serkis as King John.

“Bringing the King’s Writ, the parchment issued at Runnymede in 1215 by ‘Bad’ King John in the presence of the Barons, uniquely shapes the story we are telling,” said Alon Shulman, co-founder of Hawkwood International. “It is the only known copy in existence having been kept together with Magna Carta at Hereford Cathedral for over 800 years. Prior to this it was unthinkable to the medieval mind that the king could be subject to the same laws as everyone else. We’re looking forward to showing how many of the freedoms enjoyed or longed for around the world today stem from this moment.”

The story of the Magna Carta is the story of bringing rulers to account, rather than the creation of democracy. Throughout the story is the reminder that rulers are ordained by God and that bad rulers — be they kings, emperors or presidents —  should heed the words of the Prophet Isaiah: “Woe unto those who make unjust laws” (Isaiah 10:1).

“Magna Carta has played a direct role in overcoming injustice around the world and across the ages, so it is apt that it is in the ‘land of the free’ that we will tell the story of Magna Carta — and its relationship with the Bible — from the 13th century to the present day,” said Luke Purser, co-founder of Hawkwood International. “The idea of Magna Carta defined the importance of the process of law in regards to life, liberty and property found in the United States Bill of Rights, so it is fitting that we are bringing Magna Carta and the King’s Writ to Museum of the Bible at the heart of the U.S. Capital.” 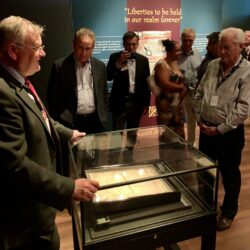 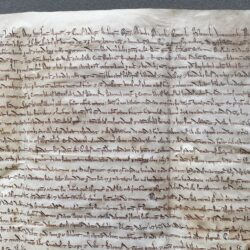 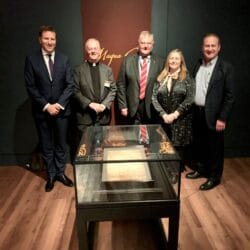 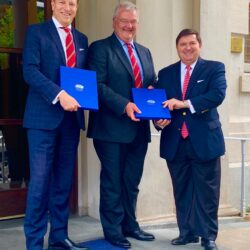 “We are honored to bring such a monumental exhibit to Museum of the Bible. While Magna Carta remains an imperfect document created by imperfect people, its influence on human rights, democracy and law is unparalleled. More than 800 years after its revision, it continues to shape thinking on contemporary issues,” said Jeffrey Kloha, chief curatorial officer at Museum of the Bible. “In ‘Magna Carta: Tyranny. Justice. Liberty.,’ visitors will encounter these early, foundational documents in an interactive and engaging exhibit. They will leave with a greater understanding of the relevance of Magna Carta, the enduring importance of the rights that developed from it, and the central role played by the church and the Christian faith in its creation and longevity.”

“The Hawkwood team is honored to be bringing Magna Carta to Museum of the Bible. We’re working together on a shared vision to create the first truly exciting Magna Carta museum experience,” said Lord Fink, chairman of Hawkwood International. “Magna Carta has survived cataclysmic world events, including the Black Death, Great Plague and the 1918 influenza pandemic, which has given added context to planning this during the current global pandemic, where we have used 21st-century technologies to bring the 13th-century world to life.”

“Magna Carta: Tyranny. Justice. Liberty.” will provide an immersive experience using light and sound to evoke the Middle Ages. Alongside manuscripts and artifacts, Hawkwood has created original music and film that will tell the story of the Magna Carta from medieval England to the present. Guests will not only see the famous Magna Carta itself, but they will also learn about medieval saints, knights, barons and kings. In addition to  King John, the story of the Magna Carta includes characters such as William Marshall — “the greatest knight” — Archbishop Stephen Langton, William Penn, Thomas Jefferson, Thomas Paine, Eleanor Roosevelt and Winston Churchill.

Artifacts on display as part of “Magna Carta: Tyranny, Justice. Liberty.” include:

More information on Museum of the Bible is available here.

More information about Hereford Cathedral can be found here.

Museum of the Bible is an innovative, global, educational institution whose purpose is to invite all people to engage with the transformative power of the Bible.