You are here Home > Michelin Star for Pensons

It was announced today that Pensons, the restaurant from Lee Westcott on the Herefordshire/Worcestershire border, has been awarded a Michelin star, as a new entry into the Michelin Guide Great Britain & Ireland 2020.

The restaurant has been open for just over eight months, launching this January. The 46-cover restaurant is a partnership between acclaimed chef Lee Westcott (formerly of Typing Room) and Peta Darnley, owner of the Netherwood Estate where the restaurant is based. Pensons draws inspiration from the produce from the Estate and surrounding countryside. 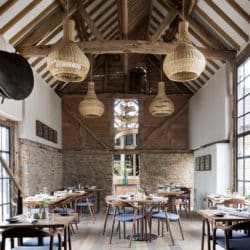 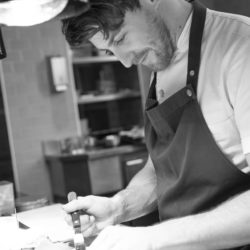 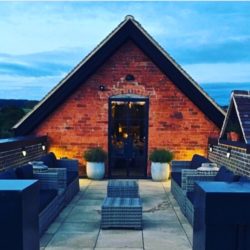 Since opening, Lee has crafted a menu with his team that is based around the seasons, and led largely by what produce is at its peak from the Estate and producers in the area. Dishes include: Herefordshire Herdwick lamb, broccoli, anchovy and watercress; Salt aged beef, black garlic, cep and nasturtium; Scallop, yeast, apple and monks beard, and Lee’s signature house baked IPA sourdough served with cultured butter.

Lee comments, “It is such an honour to be awarded a star alongside some truly brilliant chefs and restaurants. I’m immensely proud of the entire team at Pensons, whose hard work has made this possible, and who took a chance on a new opening in the heart of the countryside. We’re also so grateful to the local community who have been so welcoming to us, and would like to thank the excellent suppliers, artisans and craftspeople we work with who help to bring the project to life.”